The levels of IL-13 produced by ILC2s are significantly higher in adipose tissue of obese cad-11–/– mice than in that of WT mice. 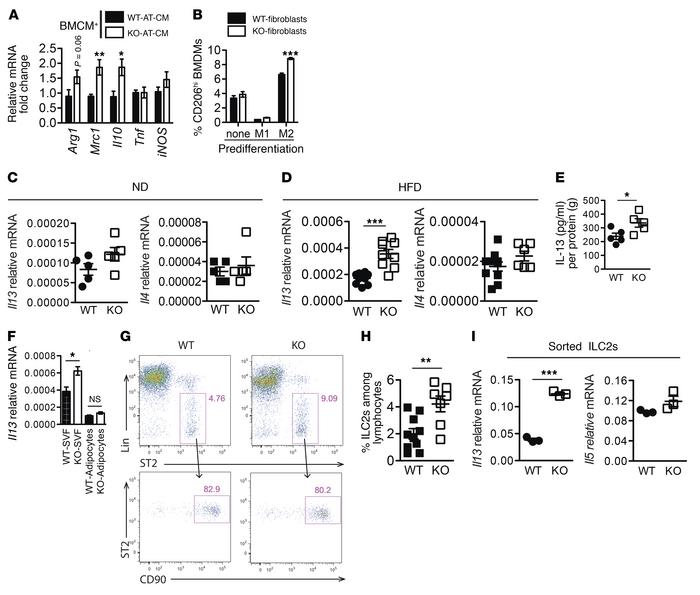